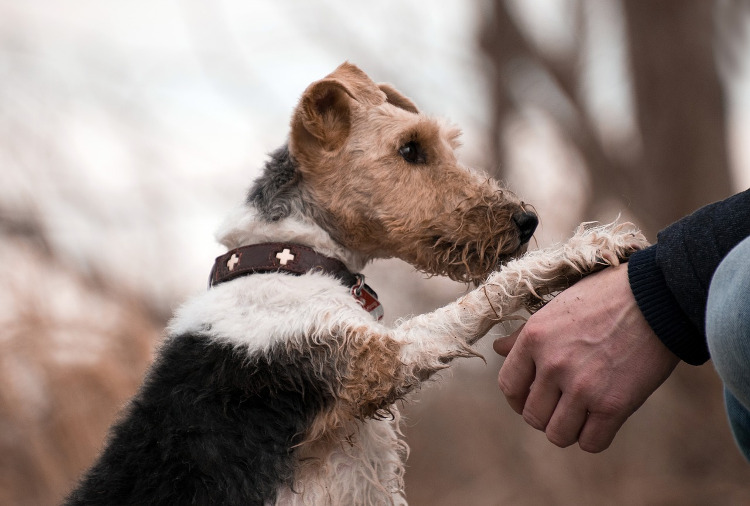 Dog Nail Problems You Should Know About

Are your dog’s nails looking a bit unusual? Do they seem to be licking at their paws or chewing at individual nails more than usual? If so, your pet may be exhibiting symptoms of a possible nail disorder or problem. Dog nail problems may come in many forms and symptoms, and can be related to a primary problem in the nails itself, or it may be a clue to a larger skin issue. Nails, after all, are an extension of the skin.

If more than one nail on a paw or more than one paw appears to be affected by malformed, broken, or sensitive nails, it may help to look at the bigger picture and determine what may be leading your pup’s nails to be unhappy.

The nail is a complicated and fascinating structure that is made up of thick keratin on the outside, with the function of protecting the softer structures on the inside, as well as the fingertip and nail bed region, from injury. Blood vessels and nerve supply are present deeper in the nail, and active cell division occurs beneath the cell surface to help a nail grow. If injured, the nail may take the brunt of the injury to protect underlying structures, and it will itself heal back in to shape nicely over time. Even with broken nails, good nail regrowth occurs in most cases with complete regeneration being common.

If you suspect your dog has issues with their nails, your dog may need to see your family veterinarian or a veterinary dermatologist, as nails are one of many things that a pet dermatologist specializes in diagnosing and treating. Following are some common presentations of nail-related problems in dogs.

A pet may exhibit more than one symptom at the same time. It’s very helpful for your veterinarian to hear all the symptoms being exhibited so that a reliable diagnosis and treatment plan can be made.

For example, a broken nail may be associated with pus like discharge, and the pet may be licking at it. In such a scenario, if only one nail appears affected, this could be a case of nail trauma leading to secondary infection that is causing the pus and increased licking (a form of itchiness) by the pet. On the other hand, if multiple nails were affected and there is presence of pus or crusting around them without itchiness, presence of an auto-immune condition (conditions where the body’s immune system may target/attack its own organ—such as nails!) or a fungal infection of the nails may be suspected. As you would expect, the nature of diagnostic testing and treatments for the 2 scenarios will be quite different.

Many conditions can lead to nail problems, and a complete evaluation of your dog will help determine what may be causing any kind of a nail disorder. Following is a brief list of possible causes for nail problems in dogs.

Some Dog Nail Disorders to be Aware of

In the absence of regular nail trimming, some nails may grow so long that they may curl back and start digging in to the foot pad. This may be a result of a dog that doesn’t like his or her nails trimmed, thus making it difficult to keep up with regular nail care. It may also be seen in older dogs due to an increased rate of nail growth associated with aging.

Ingrown nails can lead to discomfort of the paw and lameness. If the nail digs in to the paw pad deep enough to break skin, secondary infection of the paw can result. Some dogs may lick the area excessively.

Dogs are such fun loving animals that they may in fact break or fracture a nail while playing at the park and not even flinch in the moment. If a nail is broken or traumatized, they may lick the area later that day or the next day to help soothe the area. Excessive licking of a paw or lameness can be associated with nail trauma. Some dogs may not like the paw being handled if a traumatized nail is making the area sensitive.

Bacteria claw infections are usually secondary to an underlying cause, so when only one claw is affected, previous trauma can be considered. However, if more than one nail is affected, various conditions can cause bacterial nail bed infection. Food allergies and/or environmental allergies would be the most common cause of such infection. Allergies may also lead to yeast infection of the nail bed. A general term used for inflammation (with or without infection) of the skin around the nail is Paronychia.

Dermatophyte fungus (ringworm) can cause crusting of nails and surrounding skin tissue, making for unhappy appearing nails. A solitary nail may be affected or the condition may affect multiple nails as well as the rest of the skin. This fungus is more commonly a problem in cats, although dogs can also be affected. A yeast paronychia is common in allergic dogs, as mentioned above. Onychomycosis is a term used for fungal infection of the nail.

This condition is an immune mediated nail disorder that can result in a variety of nail related symptoms such as misshapen nails, brittle nails, thickened nails as well as nail loss. Though it is not a very commonly seen condition, some breeds such as Young German Shepherds and Rottweilers may be predisposed.

Initially, when one nail is affected, trauma can be blamed as a cause for the problem, but usually other nails also get affected indicating that trauma alone may be too big a co-incidence if nail issues are becoming recurrent. If additional symptoms are present, such as skin crusting, it is likely not lupoid onychodystrophy.

Creative Commons Attribution: Permission is granted to repost this article in its entirety with credit to VetDERM Clinic and a clickable link back to this page. 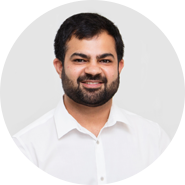 Dr. Jangi Bajwa is a Board certified veterinary dermatologist at VetDERM Clinic in Surrey BC. He is also the dermatology feature editor for Canadian Veterinary Journal. Dr. Bajwa’s special interests include otitis and allergic disease in pets; as well as helping improve quality of life of pets and their families.