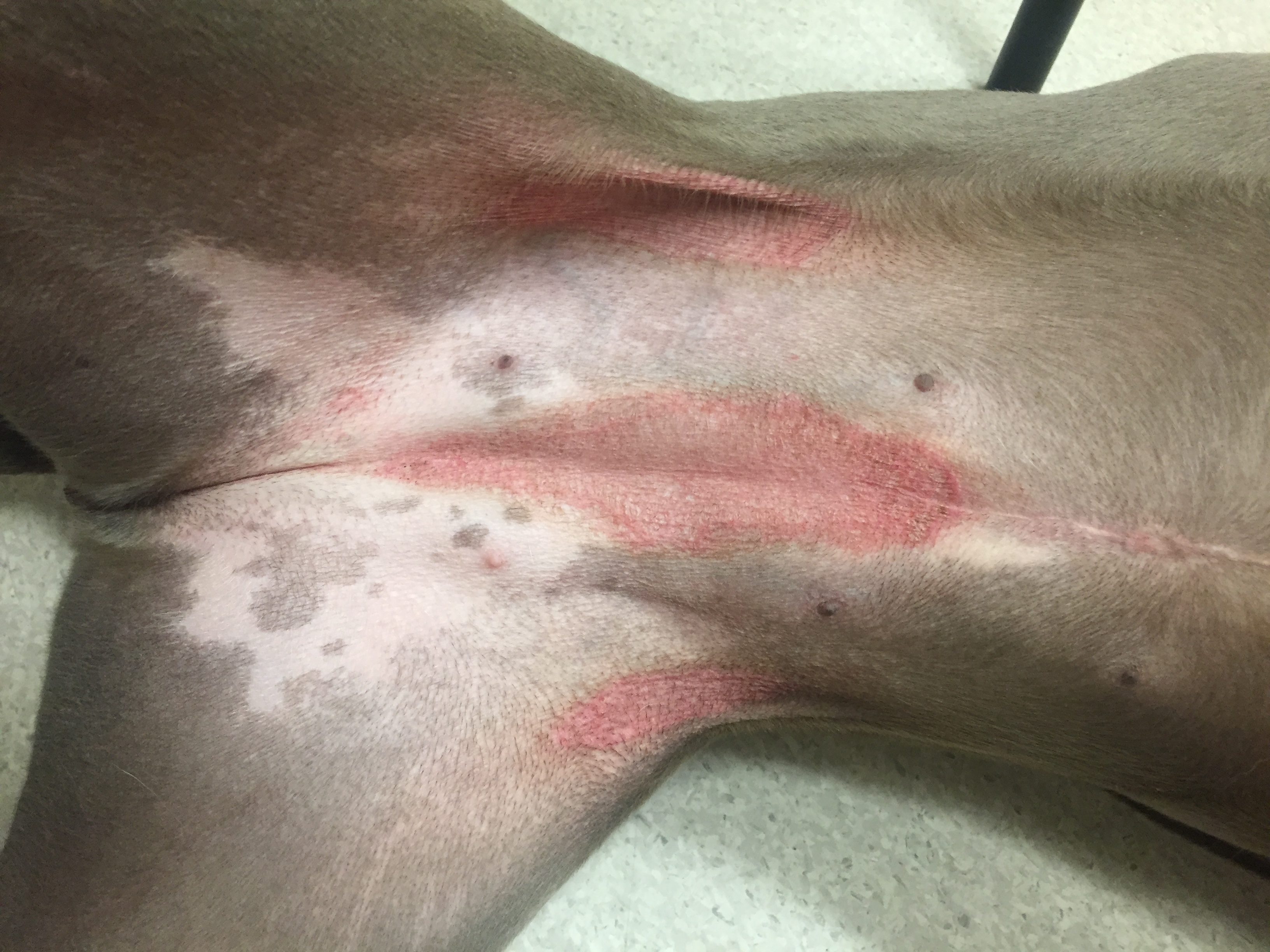 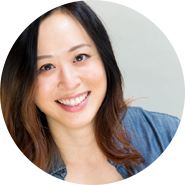 Dr. Andrea Lam is a Board certified veterinary dermatologist. Dr. Lam loves learning and educating, and has trained several dermatology interns as well as dermatology residents. Her research interests include novel management strategies for the treatment of canine atopic dermatitis and applications for stem cell therapy.

What is allergen immunotherapy (AIT)?

AIT is the only therapy that is designed to target the immunologic pathomechanisms of atopic dermatitis.  In other words, out of all the treatment options available to date, AIT is the only treatment option that targets the underlying root cause of disease.  Although the mechanism of action of AIT is not completely understood, human and veterinary studies have reported a reduction in circulating IgE as well as an increase in regulatory T cells.

For a long time, intradermal allergy testing (which evaluates immediate hypersensitivity reactions from mast cell degranulation) was considered to be the gold standard methodology for environmental allergy testing.  However, serum allergy tests measuring circulating IgE can also serve as a useful tool for identifying allergens relevant to your atopic patient.  The long-term outcome for dogs on AIT based on intradermal testing compared with those having had serum testing appears to be approximately the same. Whereas there is no substantiated evidence that saliva or hair testing provides any useful information towards AIT.  In fact, there is currently no evidence that suggests saliva or hair testing can accurately diagnosis allergic conditions in animals at all.

How do you choose which allergens to use?

The key to success is remembering that even normal non-allergic dogs can have positive reactions on both intradermal and serum allergy tests.  A positive reaction is indicative of IgE production following exposure and sensitization against an allergen, but may not have clinical relevance.  It is therefore important when selecting allergens to also take into consideration your patient’s clinical history.

How effective is AIT and what are the risks?

Traditionally, AIT has been administered subcutaneously over an induction period, working towards achieving a maintenance schedule.  Although injection protocols differ amongst boarded dermatologists, dogs typically require up to 12 months of continuous, regular injections before maximum benefit is observed.  Most studies demonstrate a “good” to “excellent” response rate in two-thirds to three-quarters of dogs.

The most commonly reported side effect in dogs on AIT is increased pruritus, either at the site of injection, or more generalized in rare cases.  Less than 1% of dogs will experience signs consistent with anaphylactic reaction.

What other forms of immunotherapy are currently available?

Oral immunotherapy (OIT), sometimes known as sublingual immunotherapy (SLIT), is given orally between the cheeks and gums one to two times per day.  Becoming a more popular option for pet owners who do not want to give injections to their dogs, OIT appears to be as effective as subcutaneous immunotherapy (SCIT).

Subcutaneous rush immunotherapy (RIT) utilizes a protocol that condenses the induction period from weeks all into one day of closely monitored repeated injections.  One study suggested that RIT can expedite the hyposensitization process, however, the results were not statistically significant.

Regionally-specific immunotherapy (RESPIT®) was developed by a veterinary dermatologist in which allergen extracts are selected based on regional aerobiology rather than allergy testing.  One study authored by the company’s founder demonstrated a similar long-term outcome to dogs receiving traditional SCIT over a three-year period. 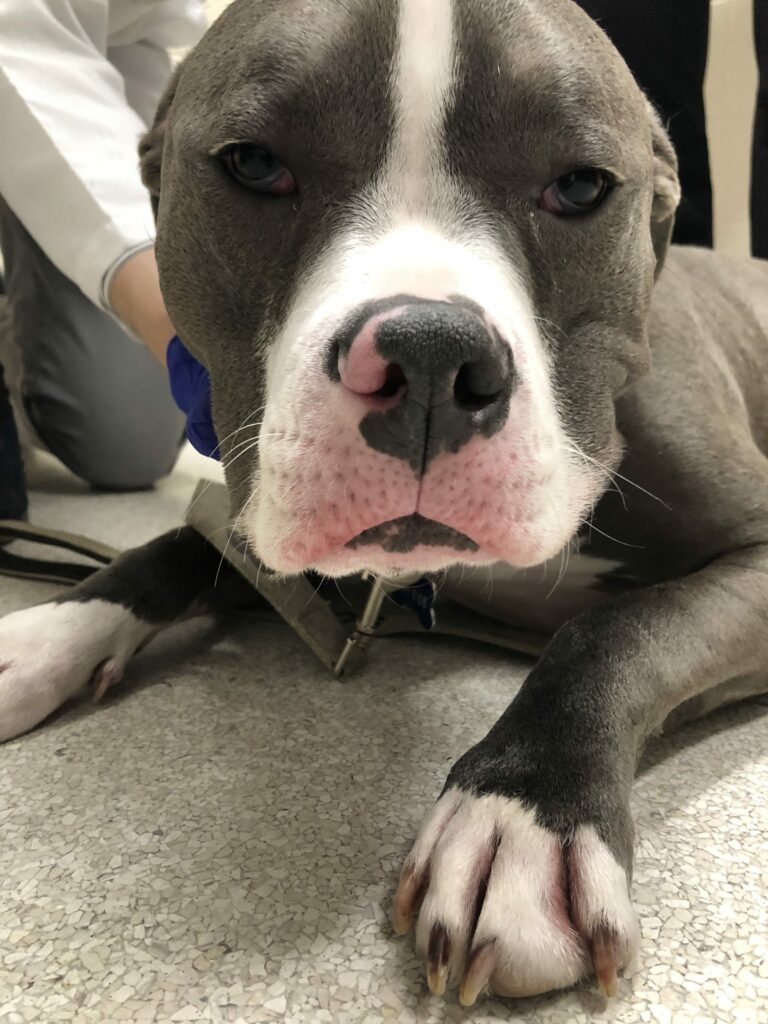 With the advent of so many new and effective medical management options for treating canine atopic dermatitis, is there still a place for the use of allergen immunotherapy?  In short, yes, given its efficacy and safety profile.  It is the only targeted therapy that can change the pathomechanisms involved in atopic dermatitis in dogs whereas other management strategies provide only symptomatic relief.

VetDERM’s dermatologists do provide most of the aforementioned methods of canine allergy testing and desensitization therapy. All family vets are welcome to discuss their atopic patients with us if they need to explore what might be the best option for their patient.

Mueller RS, Bettenay SV. Evaluation of the safety of an abbreviated course of in- jections of allergen extracts (rush immunotherapy) for the treatment of dogs with atopic dermatitis. Am J Vet Res 2001;62:307–10.